Aim For The Roses

A film for daredevils
and highbrow avant-gardists alike

Back in 1976, Ken Carter came up with a brilliant idea: Why not jump over the Saint Lawrence River – a distance of 1.6 kilometres – in a rocket-propelled car and land in a bed of roses. Bon Jovi would have been quite pleased. While Carter himself never did the jump, the guy who replaced him ended up breaking a bunch of bones.

And yet musician Mark Haney was so taken by the unsuccessful stunt that in 2010 he dedicated an album to it: “Aim for the Roses”. This, in turn, made such an impression on filmmaker John Bolton that he decided to shoot a musical docudrama about the album AND the stunt.
The result is a one-of-a-kind film that blurs the lines between pathos and kitsch, dignity and absurdity. It’s an ode to two creative people who threw caution to the wind. 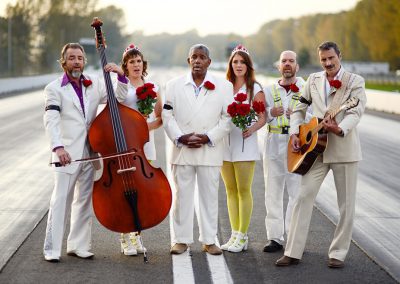 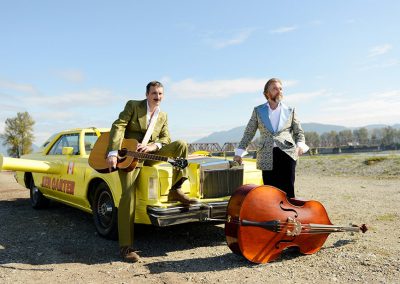 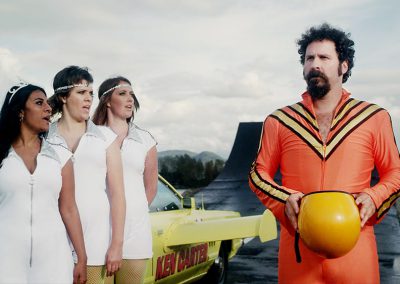 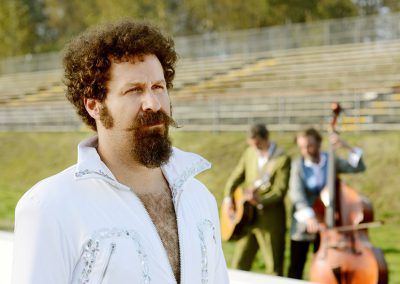 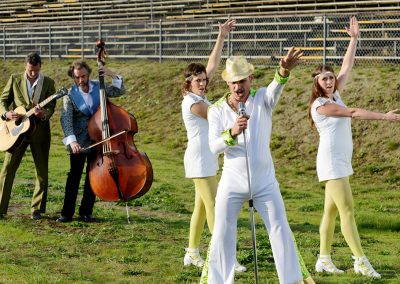 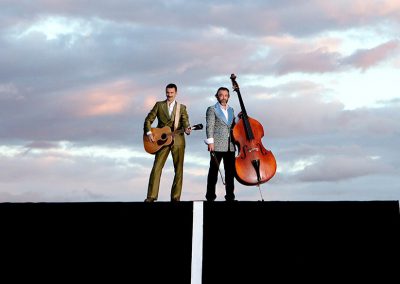 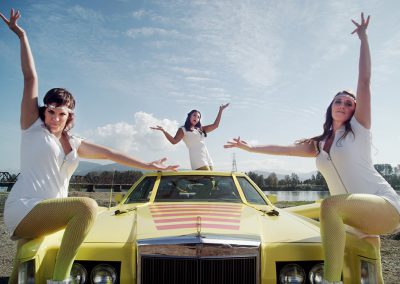