Never Stop – A Music That Resists

Let the director speak for herself:
(translated from French by Stefan Pethke)

“With this film I wanted to depict the economic, social, political and musical backgrounds of a decaying city which Detroit has become. It is here that those young black musicians grew up who invented Techno music. I also wanted to shed a light on these pioneers’ attitude which was the foundation of their decision, more than 30 years ago, to each launch their own record label. And I wanted to show that these labels are still active today, despite the huge crisis the record industry as a whole is going through. How the utopian ideas of these people could become a powerful reality in such a context ? How these independent labels succeeded for 30 years to inspire so many other artists, although being struck too by the economic and technological changes of the last decades ?

This film tries to give a few answers to those questions. It is true that the featured artists were able to adapt their ways of production, as well as their positioning inside the society, also thanks to their respective labels, always keeping esthetical and economic control. Even more: They made sure to do what it needs to remain in possession of their rights and their musical heritage. I find it particularily interesting to recount how these labels were brought to life, how they worked, how they were attained by the record industry’s crisis without making them disappear, how they adapted and how they finally continue to inspire the world with their extensive repertoire of creativity to this very day.” 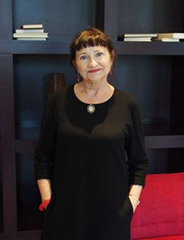 “For that purpose, I went to Detroit and met there four long-time internationaly recognized Techno pioneers: First of all Juan Atkins, who was the first creator of Techno-Musik and founded the first independent Techno label Metroplex in 1985. His friend Derrick May, who established Transmat one year later. Then Carl Craig, who started Planet E in 1988.
And finally Jeff Mills, who, together with Mike Banks, founded Underground Resistance in 1989, to build up his own label Axis in 1992.
Another legendary figur of the early Detroit Techno movement is present in the film with his voice only (as he still refuses to have his picture taken): Electrifying Mojo, who has played a key role in the advent and expansion of Techno music.

With this approach, the film also suggests to adopt another point of view when it comes to writing the history of Techno. Indeed, each of these fascinating, enterprising, and work-crazy personalities emblematically represent the Techno spirit. And they will prove to us that they are far from being these icons many club and festival goers tend to see in them. Instead they appear as musicians who tenaciously took in their own hands the destiny of their music and their lives. Hence, it is really enjoyable and encouraging to see to which extent all of these musicians have gone through their cathartic moments respectively. Not only were they able to bring machines to life and dominate them. But they even could do a living from their art, under the very special circumstances of a city in ruins, lost in the vicious circle of never-ending bankruptcy.

Indeed, they were able to put into reality what Electrifying Mojo had advised them: ‘The past is where memories dissolve. The future is where dreams take place. The present is where you express your will. It is not important what had happened in the past, because it’s over. What is important is what you do here and now, because here and now is where you express your power. If you are surrounded by problems, you need to apply yourself, in order to contribute with a few solutions.’

Jacqueline Caux, born 1950, has a background in psychoanalysis. Today she is a filmmaker and a writer. She has realized several documentaries and short experimental films selected in many festivals in France and abroad. As a writer she had published books of interviews and was a collaborator to the French art magazine Art Press. She had also organized new music festivals and realized “horspiels” for the French radio France Culture.