Alternative Russia was a documentary mini-webseries produced by Arte and shown online prior to the Football Worldcup in Russia last summer, in order to confront the Western media stereotypes with flashlight images of the planet’s biggest country’s many alternative scenes.

The 6-part series offer a glimpse into everyday lives of seven young Russians who dare to step outside of the mainstream, showing us how they see themselves in relation to their culture, their political situation, and the rest of the world. What does it mean to be a young person with hopes and aspirations in contemporary Russia? Do you build, do you fight or do you escape? 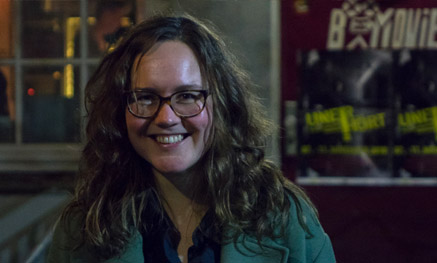 Part 1: A life without walls
Agni from St. Petersburg has been living in communes since she was 13. Although communal living has a long tradition in Russia, it’s uncommon to purposefully give up all privacy and share your living space with friends, children, and guests, 24/7.

Part 2: Hippies are like trees
Teenager Ksenia wants to be a hippie. She thinks hippies are like trees – they don’t bother anyone. The flower children’s tolerance and peacefulness are important values for her, and she is convinced that diversity is liberating, no matter what particular subculture one is into. The episode accompanies her to Moscow Zarizyno Parc where old and young hippies meet once a year.

Part 3: Destroy This Prison
Intellectuals have the duty to speak out about the society they live in, thinks Nikolay. With his art collective Chto Delat (What is to be done, a quote of the title of Lenin’s famous epynomous article), he connects art and politics in order to shake up his surroundings and define tomorrow’s values – even when it gets him into trouble.

Part 4: Welcome to Paradise
Mihail and Panaila dedicate their lives to beauty. They have abandoned big city life and created their own little paradise, styled to perfection, in a remote eco-village called Milenki. Almost like in old Russian fairetales, Mihail crafts wood, while Panaila sews nice traditional clothes. The couple’s goal is to live as one with nature, and foster biodiversity all around them.

Part 5: Namasté, bitches !
Rauf is on a mission: he tries to convince the traditional, suspicious Russians that yoga is harmless and healthy, and not some mysterious religion what Russian-orthodox clergy tends to think while putting the movement under a taboo. Rauf radiates with inner strength, and slowly wins people over by organising massive public yoga events once a month in Moscow, elaborating on how to get rid of negative energy.

Part 6: Real men are fighters
You’re not a real man if you haven’t served in the army – this is the consensus in Russia. Maksim from Moscow fights against this conviction and against the country’s conservative views on gender. As a pacifist he rejects the idea of regarding anyone as a potential enemy, as well as the concept of one nation’s superiority over others. Being against armies as a matter of principle, he does not want to do his military service. Officially, conscientious objectors like him are allowed to do community service alternatively. But in reality, they are subject to a harsh bureaucratic process for sticking to their beliefs. So is Maksim, and in his legal battle for his rights, he gets support by the organisation “Citizen and Army”.