Music is a very early theme in the history of mankind, probably originated before language. Music has something archaic, almost mysterious about it: With our festival, we also pursue some very basic questions, e.g. why do people make music in the first place? What is the purpose of music? The films in our programmes, each in its own special way, take part in this universal “riddle guessing”.

Film, on the other hand, is a very young medium of expression. But much earlier, than most people probably know, namely already in the early days of film history, music is already involved here. This may have something to do with a very basic commonality:
Both music and film are time-based media. Anyone who listens to music or sees a film in the cinema submits to a given organisation of time. Something unwinds, linearly from a beginning to its end, without listeners and viewers being able to influence this process.

On the other hand, film is ultimately only a new form of preoccupation with a medium that is probably as old as music itself, namely the image. Just as puzzling in its effect: what do the images do with us? Nobody knows that exactly to this day. At the same time, film has something analytical about it; as a rule, we consider what film images present to us to be real: we can see it, so it exists.
Everything that people do is inscribed with the conditions under which these things could arise. That’s why you can also learn something about the state of our planet by studying stamps, rabbit breeding, nanotechnology, football or contemporary sculpture.

Music has been made for so long and in so many different ways, and so many people take part in music that the representation of individual music styles or musician biographies or forms of music consumption in different subcultures tells an enormous amount about the world in which and for which music was produced.

We also like to imagine again and again that this is the reason for the growing popularity of feature films and documentaries about music. The fact that these topics are more popular again would be our perception, after years of saying that music was in free fall and films on the topic on television or cinema were a poison.

In 2007, we launched a small festival that does not primarily want to be a profit generator, but sees itself as a showcase for films and as a partner and advocate for artists. As important as turning to the audience is, so essential is the interaction with the filmmakers, who often film their heart themes with little means.

Festivals are often compared with museums and often set apart from the commerce of other cinemas. This is not so important to us. We don’t just want to “exhibit” the films, we also want to comment on and encourage them and thus become a link in the chain of communication. UNERHÖRT! should always be a storm of images and a world of experience that can fulfil a cultural (and political) mission.

The “seeker-head rocket mission of the festival” (J.-P. Rehm, FIDMARSEILLE), which we also proclaim for ourselves, does not narrow our perspective to the mere sequence of films. We always try to work out an overall concept and integrate as many aspects of the film and music industry as possible.

For UNERHÖRT! this means: absolutely EVERY kind of music is welcome! This programmatic openness is the foundation of UNERHÖRT!

“It will go on and on: Music as a carrier of ideas.”
(Music Non Stop, Kraftwerk / translated from German)

“We know life. We’ve been to the movies.”
(„Grauschleier“, Fehlfarben / translated from German) 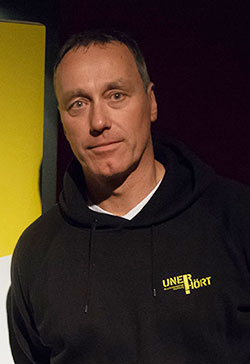 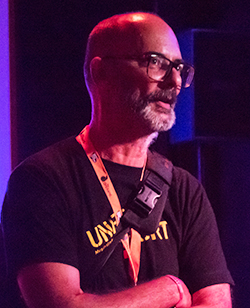 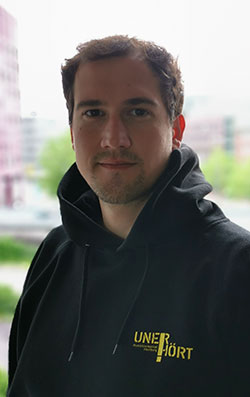