A real time journey witnessing the rise, fall, and ultimate redemption of the fierce feminist pioneers of American Grunge-Punk

Charged with lyrics that had political bite – and denouncing, among other topics, the inherently sexist attitude of American showbiz, years before #MeToo -, but also with exuberant humor proving irresistible to the disenfranchised, the marginalized, and the punk, L7 were crucial in defining Grunge as the genre of a generation. L7’s original lineup reunited in 2015 and since then, the band has spent much of the time on the road, unleashing their high-octane energy and anthemic chops upon stages worldwide. 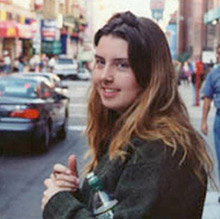 Produced by California-based company Blue Hat Creatives (where L7-guitar player and singer Donita Sparks works as a CR) with a budget based on a successfull crowdfunding campaign, the film was directed by Sarah Price (The Yes Men, Summercamp!). It chronicles the band’s remarkable career, from their formation in Los Angeles in 1985 through their numerous tours and six studio albums to their initial break-up in 2001. Thus, the film offers engrossing insight into the band’s 20 years-plus her-story, a tale without compromise, without princesses nor princes, including never-before-seen home movies, previously unseen performance footage and interviews with Garbage’s Shirley Manson, Nirvana’s Krist Novoselic, Butch Vig, Joan Jett, Lydia Lunch, CSS, Brody Dalle (The Distillers), X singer Exene Cervenka and quite some more.