Four very different musicians from Mali fight with their music, together, for a tolerant Islam and for understanding and reconciliation in their own country.

Instead of making quick judgments from the outside according to local standards and customary frahling procedures, Lutz Gregor uses a calmly observing camera to provide his protagonists with a stage for self-expression, a cinematic space that each of them uses in his or her own way:

There is the ethno-pop diva Fatoumata Diawara as a returnee from many years of European exile, who tackles the social taboo of genital mutilation head-on and sensitively at the same time.

There is Bassekou Kouyaté, who modernizes the traditionally power-oriented storytelling, singing and instrumental art of the griots by electrifying the acoustic string instrument ngoni.

There is Ahmed Ag Kaedi, the Tuareg, who creates meditative-melancholic desert grooves with his lonely electric guitar and laments radicalization conditions while singing.

And last but not least there is Master Soumy, who with his relentless criticism of the country’s political elites stands for a predominantly urban youth not only in Mali, but on the entire African continent, the large region on the planet that has been saving consciousness rap, i.e. hip hop with social ambitions, for years now.

Together, the four represent the longing for a peaceful coexistence of the many in a country that geopolitical instabilities and religious and tribal conflicts of interest have brought to the brink of civil war. 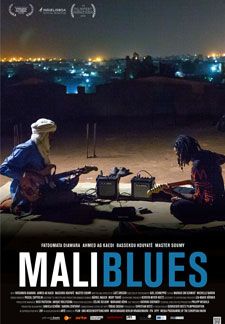