This film pays homage to the American DIY spirit and the diversity of the US musical landscape outside the commercial music industry.

What they all have in common is that they couldn’t care less about marketing strategies and target group orientation as they gleefully hack the music industry and play by their own rules. Though the film shows extremely diverse musical styles, there is a general agreement to see the DIY idea as the most important legacy of punk and the starting point of self-empowerment and resistance. 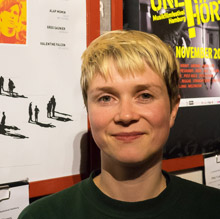