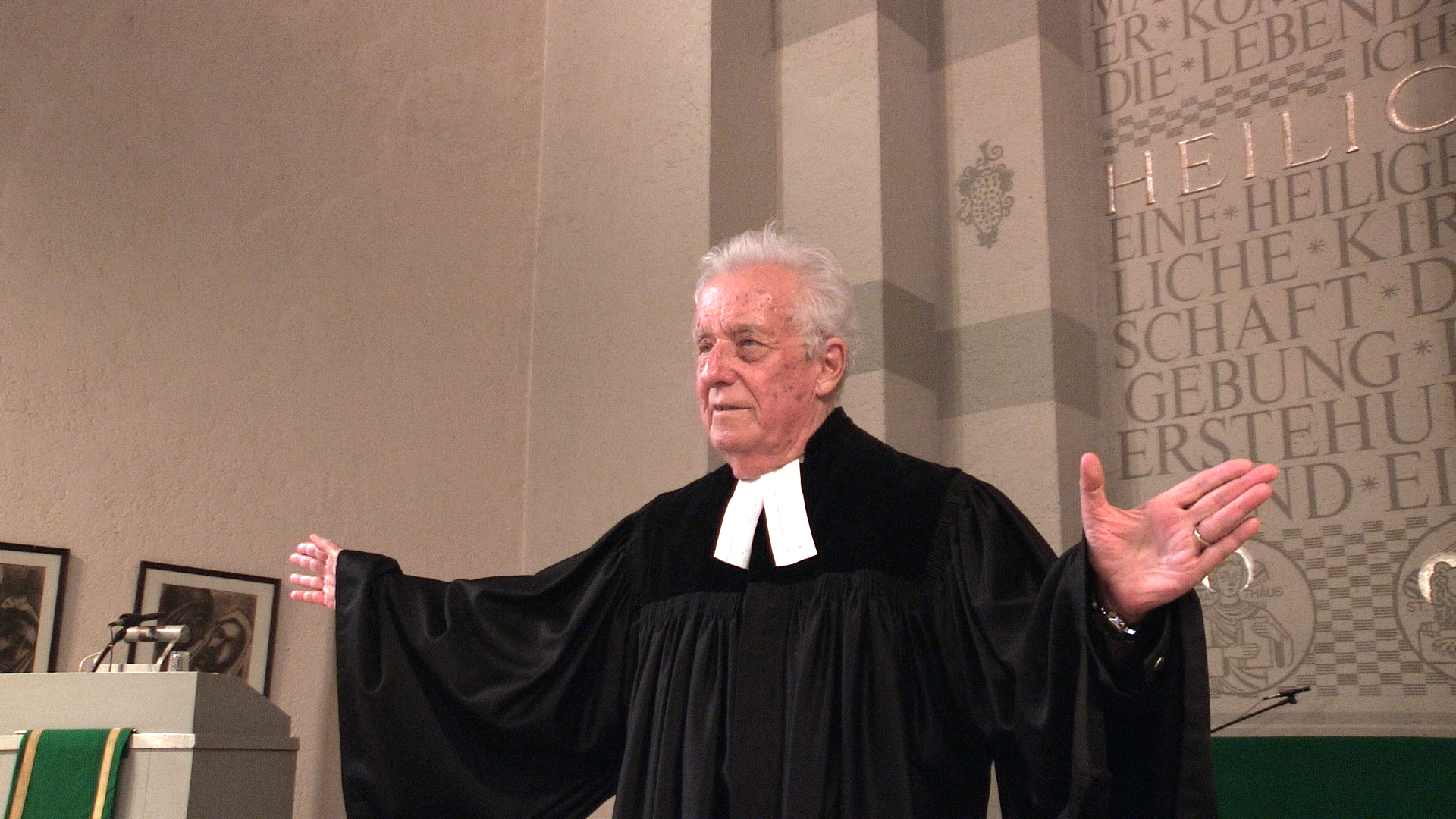 Dieter Schnebel, composer and liberal theologian, in his living and working environment. The motor for his compositions is the examination of everyday surroundings. In empathically gifted observation of Schnebel’s life together with his wife Iris Schnebel-Kaschnitz, the 83-year-old composer traces how he completes his last great work “Utopias”. A review of images, sounds and words. 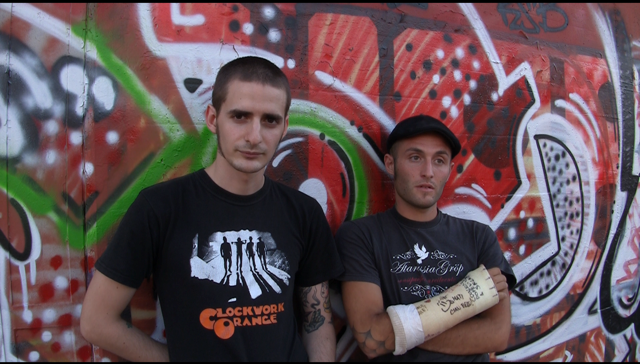 Ska in North Italy today, from Milan to Turin and Trieste. This scene description shows how ska is connected to the movements of mods, skinheads and reggae. It gives local heroes space to present their own interpretation of these lifestyles. 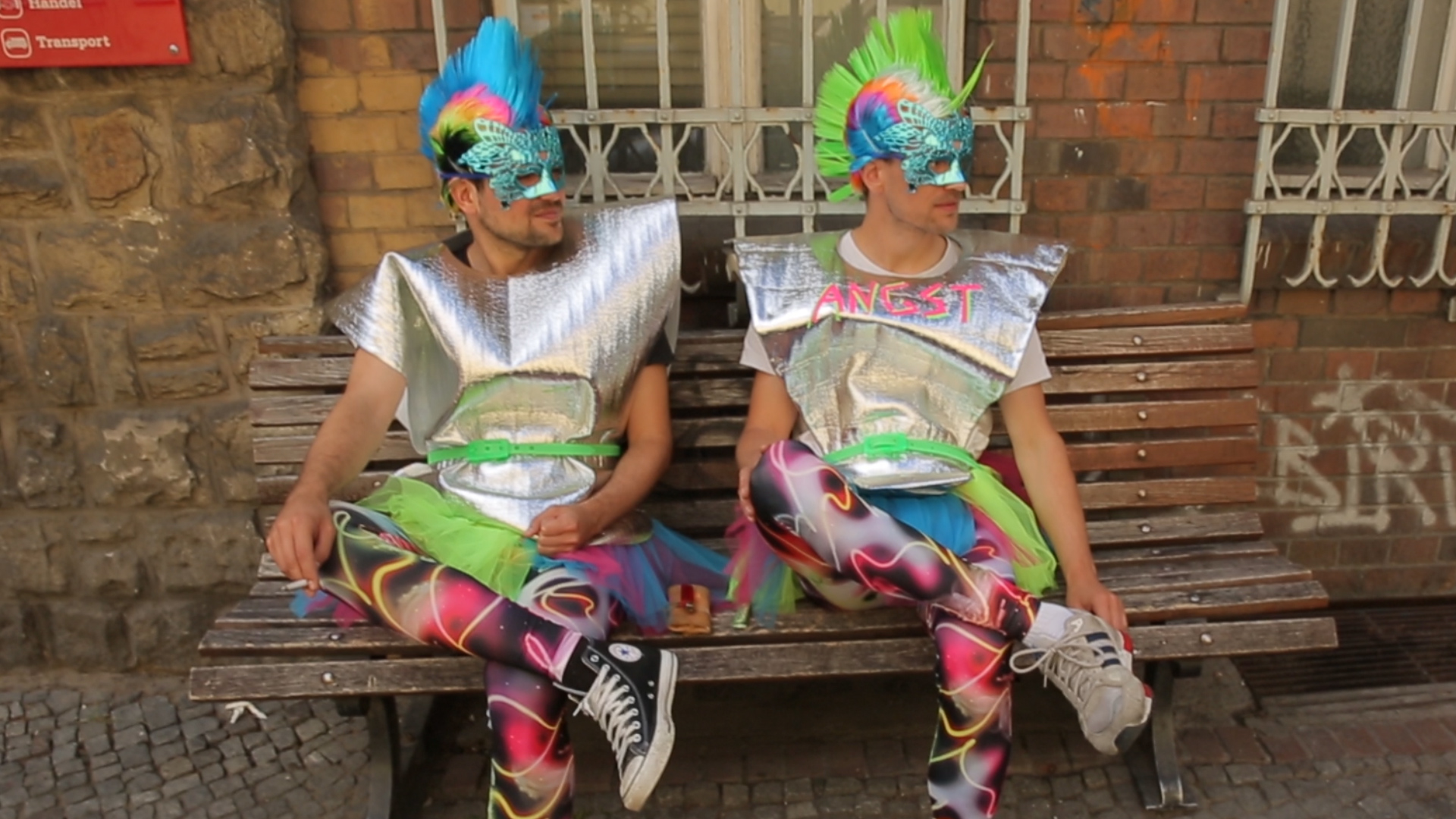 “The mental Heinrich” + “Oxygen Man” = “The square shark” = hyperventilating between infantile regression and pop culture deconstruction, between Dada and Euro-Trash. 8bit kids sounds, circuit bending, contempt for high culture, playful dullness as a concept – and testing new forms of performance in the age of digitality! 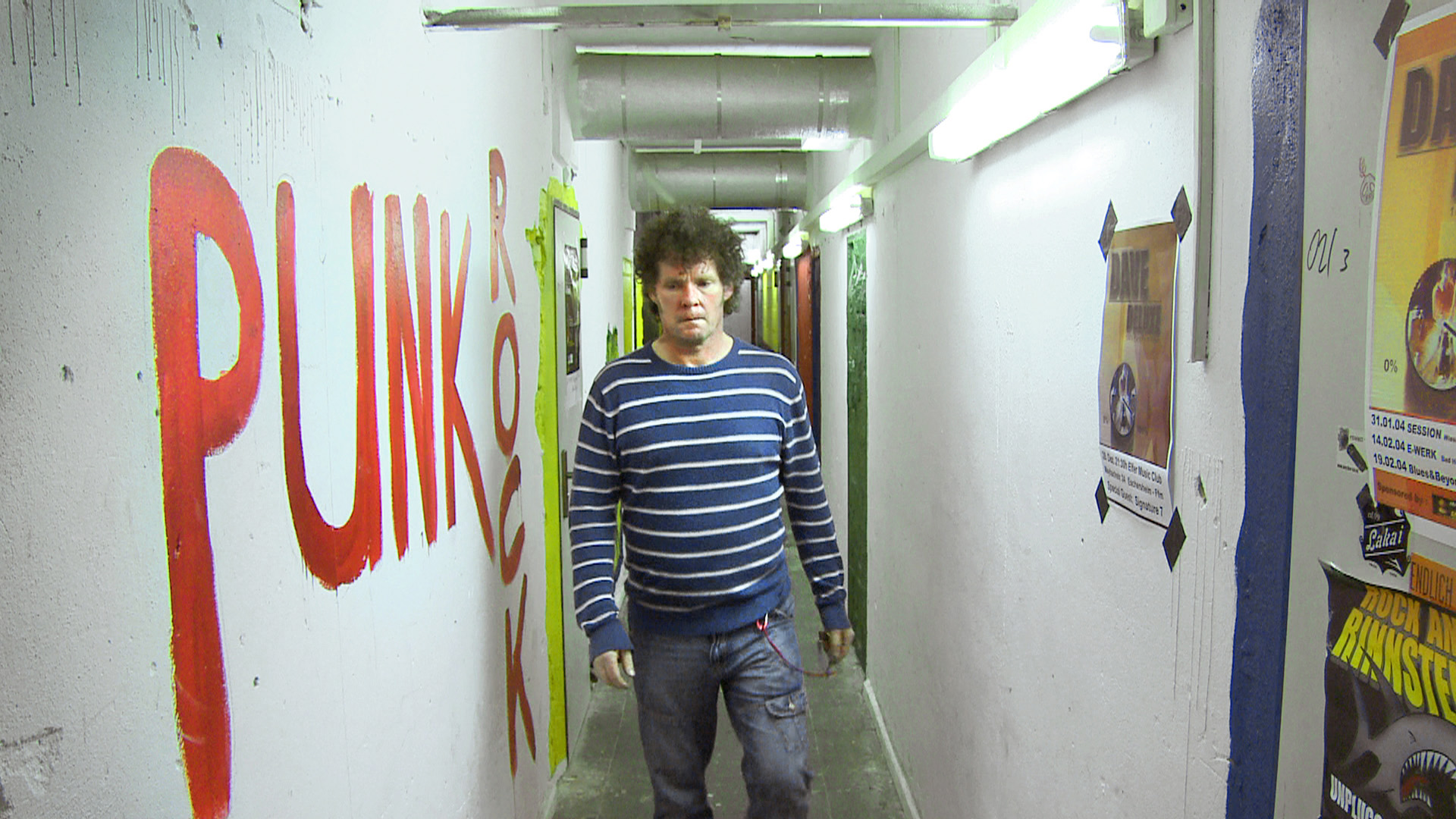 The story of the Frankfurt META-BAND, portrait of its mentally ill members. Insights into the closed world of psychosis. Biographies, thoughts and feelings of unique people who develop amazing survival strategies and talents in the struggle with their illness and who embark on a true heroic journey in the course of the film: After 15 years of band history, the META-BAND are eagerly awaiting their first public appearance. 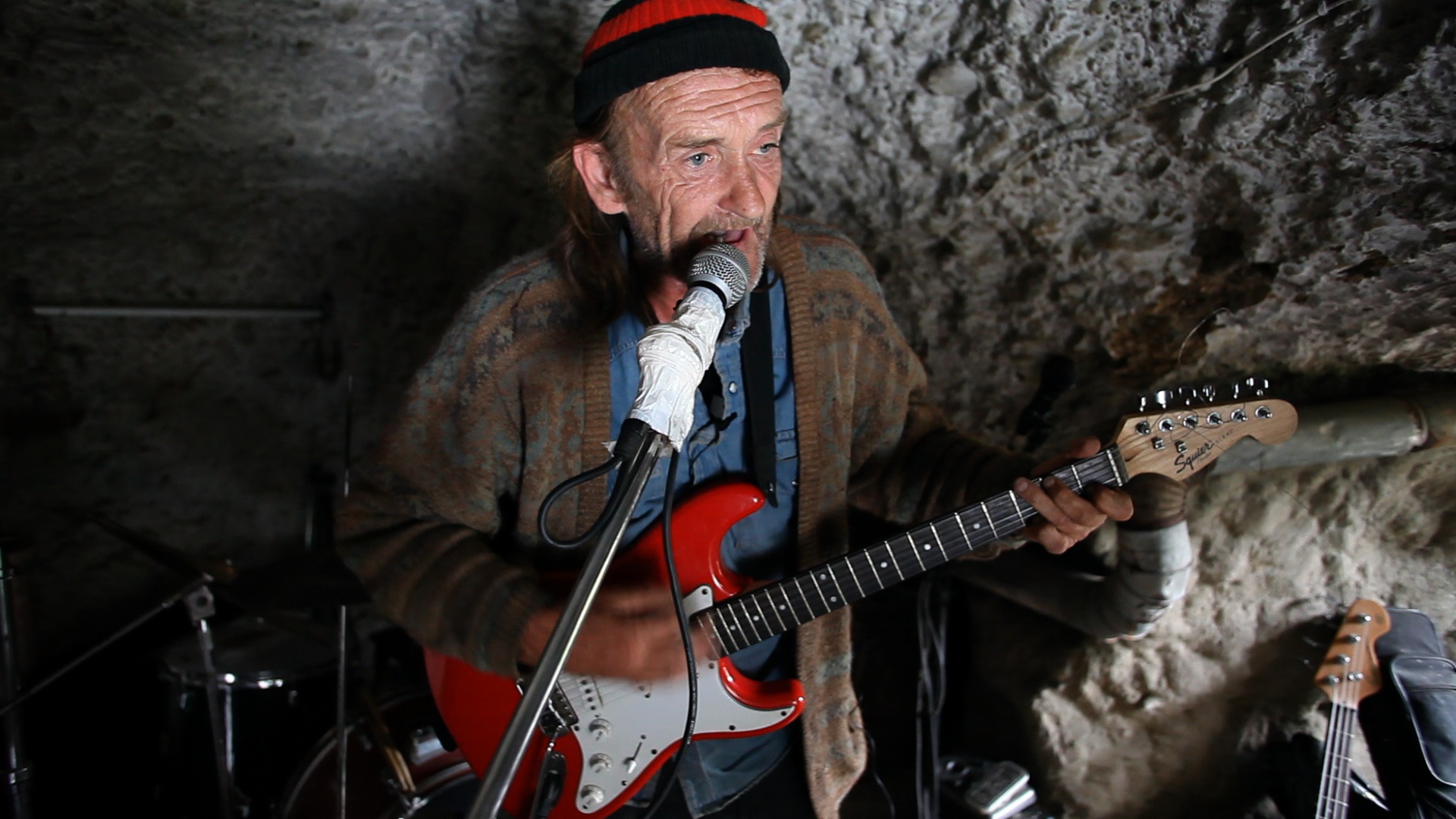 Away game. Granada/Spain. People have been living in caves there for centuries. The film visits four of them and their musical inhabitants: four different views of living, four conditions of life, four approaches to making music. 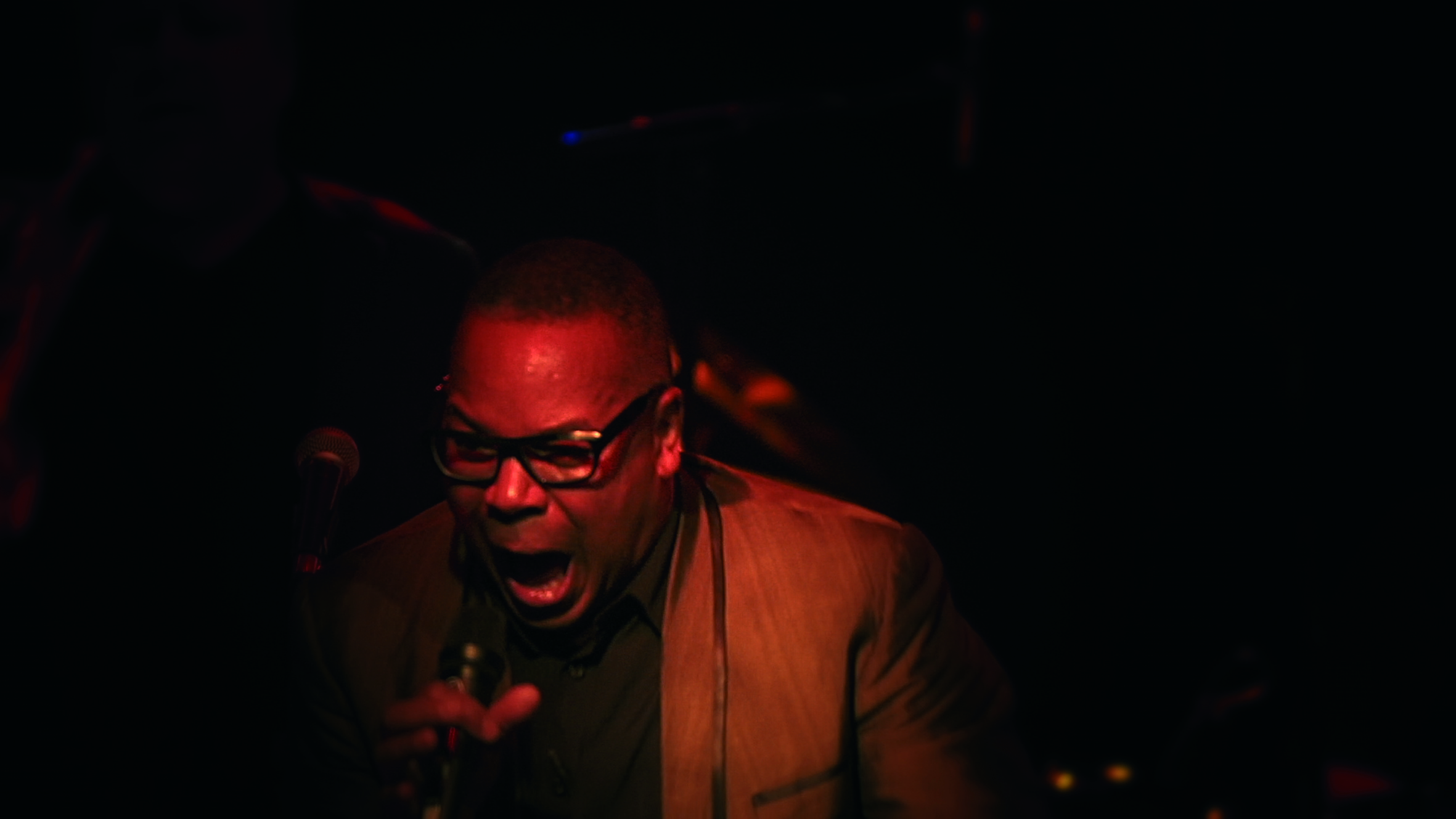 In Groove We Trust – A Joe Bowie Experience

Joe Bowie has been the head, singer and trombonist of the influential hardcore (no)jazz funk band DEFUNKT from New York since the early 80s. The film accompanies DEFUNKT on a current European tour and unfolds a musician’s biography with breaks and twists, all against the background of the question: What is “groove”?

Trailer “In Groove We Trust” 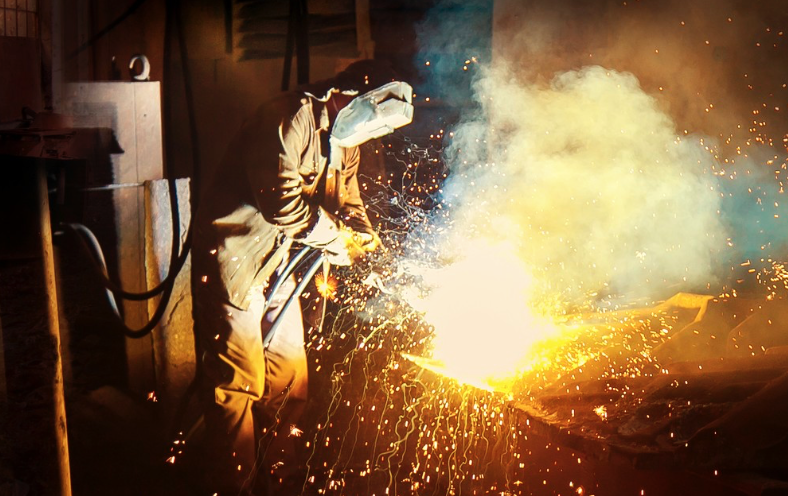 Industrial Soundtrack For The Urban Decay

History lesson on the origins of the – mainly British – industrial. With Throbbing Gristle, Cabaret Voltaire, Clock DVA and many more. 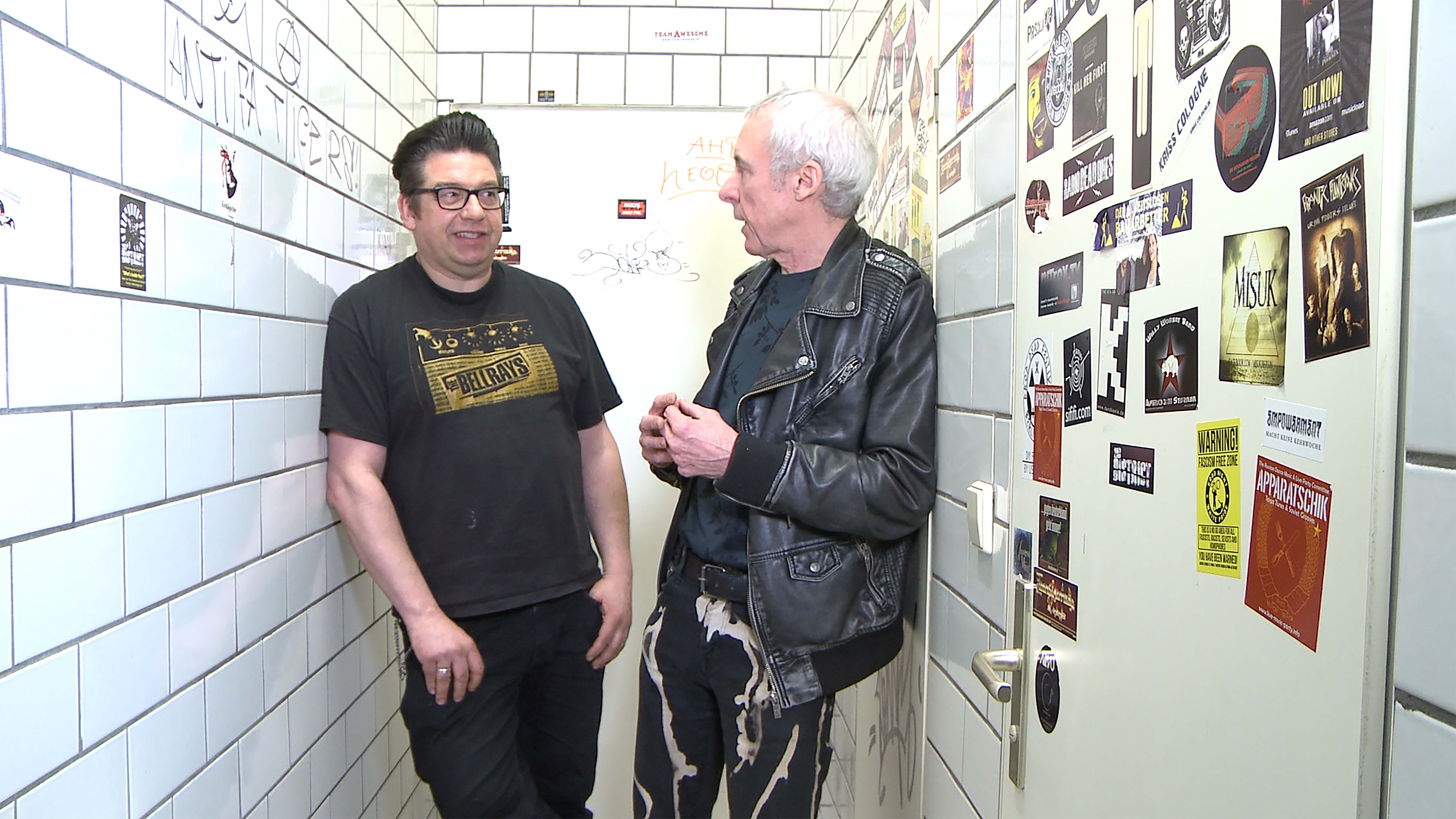 Mutti – Punkrock Was My First Love

Kai Keller aka Mutti is a booker for punk rock acts – a man behind the scenes of the subculture business. 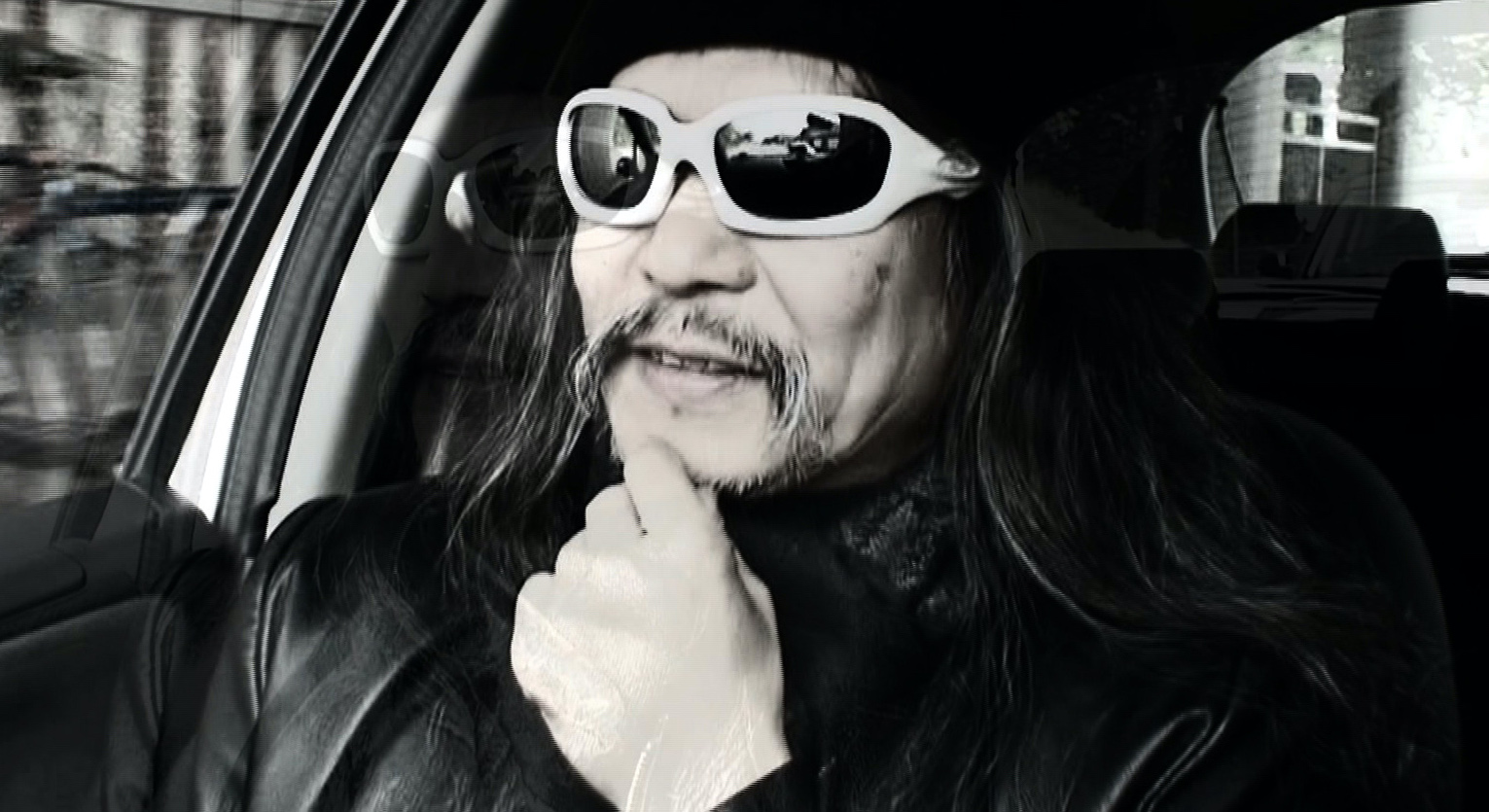 Another fan film: Italian accompanies the Japanese Krautrock icon Damo Suzuki (ex-singer of CAN) on his continuous travels around the globe: from Lancaster to Berlin, from Buenos Aires to Sydney, from Tokyo to Rome. He discusses everything and anything and improvises in very different musical collaborations within the Damo Suzuki Network. 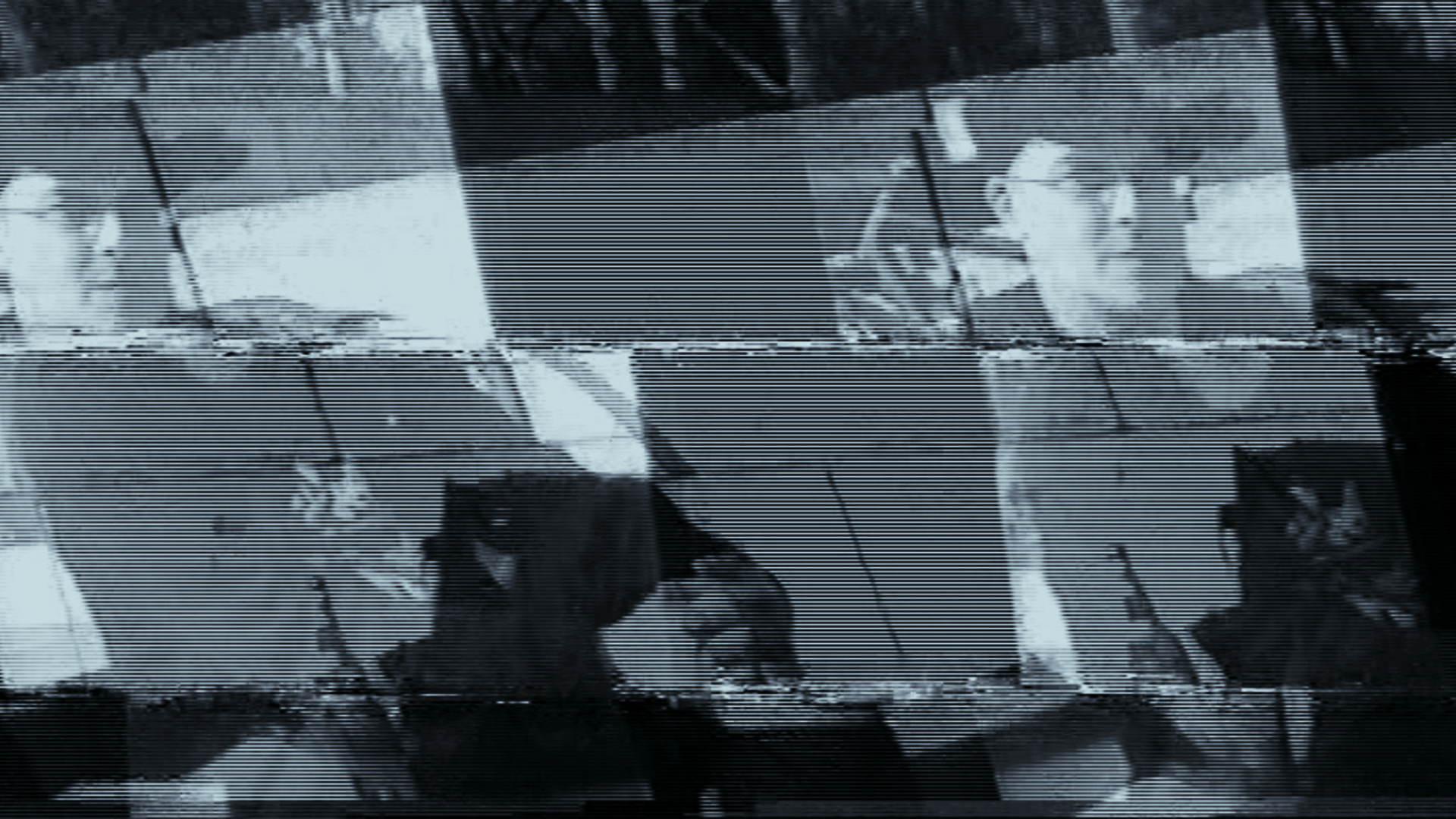 Nothing Essential Happens In The Absence Of Noise

Priority of the Berlin breakcore label Praxis. The field of activity in the self-description: Extreme Electronics. 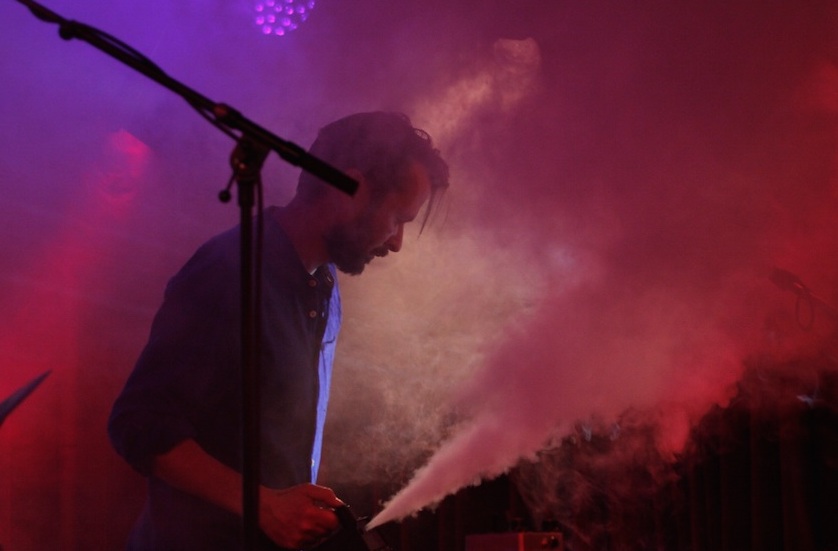 Berlin, capital of the GDR: Robert and Ronald Lippok are as O&V; part of a real socialist subculture that operates in churches, pub back rooms and apartments. The limited space softens the border between musicians and listeners. Proximity to the fans as a principle survives the turnaround, even if the venues become bigger and side projects (ToRoccocRot, Tarwater) temporarily more important. Ronald L.: “O&V; is not a band. O&V; comes into effect occasionally.” 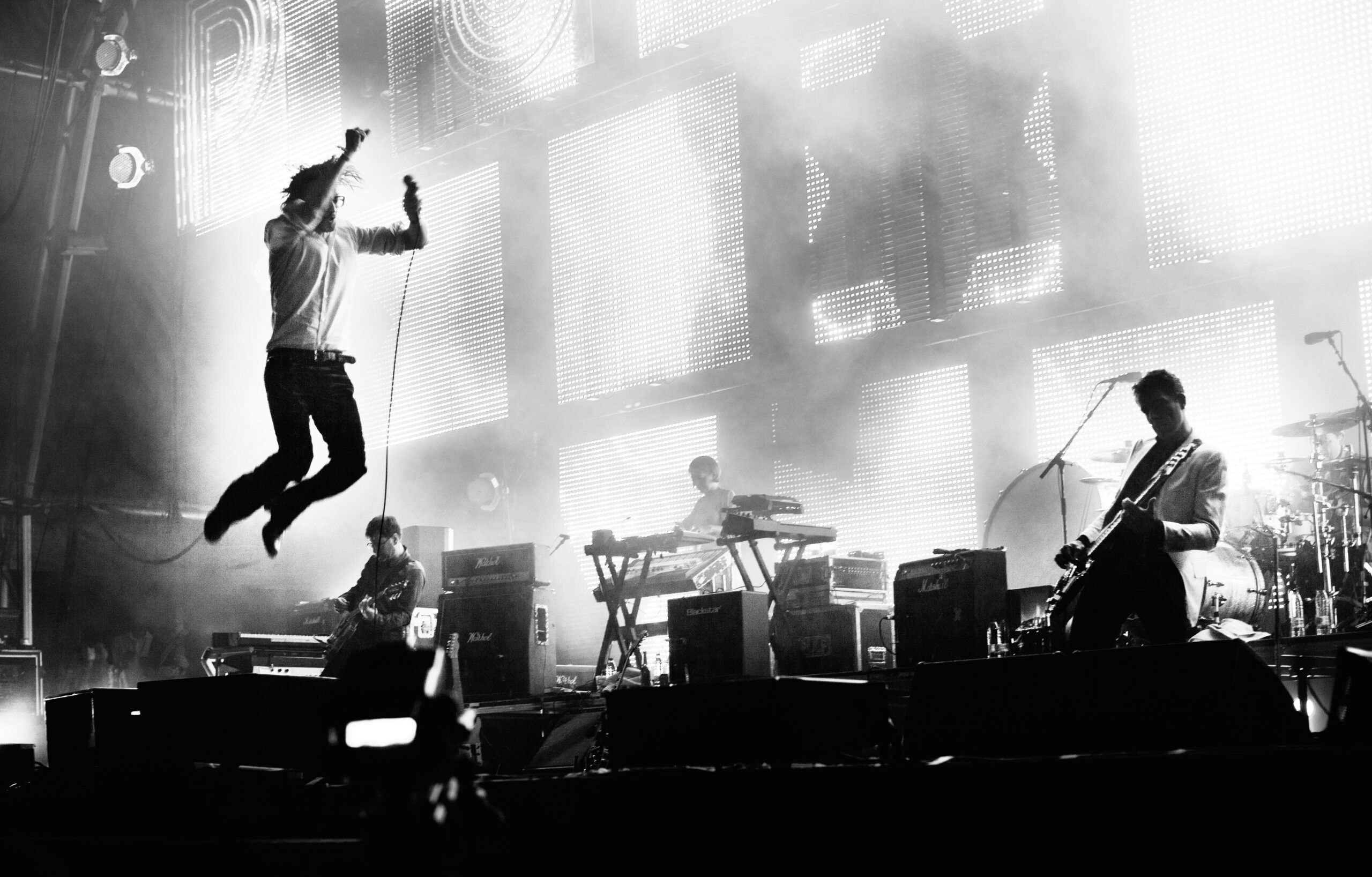 Pulp – A Film About Life, Death, And Supermarkets

Where does a certain music come from? For the band PULP, one of the three great BritPop acts of the 90s, this film says it very clearly: from Sheffield! Pictures of the very last PULP concert of 2012 – in, of course: Sheffield – are juxtaposed with encounters with singing pensioners, toothless kiosk salesmen, tattooed young butchers and all sorts of other personnel from the social fabric of the northern English city – the former centre of the British steel industry. “I want to live with common people!” 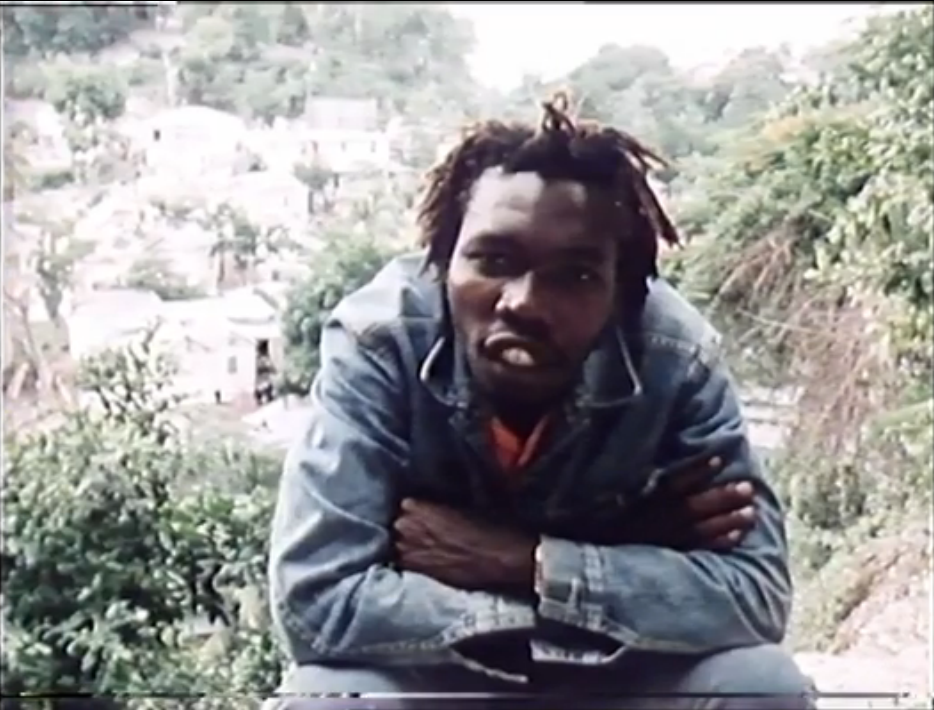 Early, hardly shown German Reggae film, which is about Kingston, a city in which music seems to play the leading role. No name-dropping for nerds, rather an ethnographically tinged desire to understand and report. 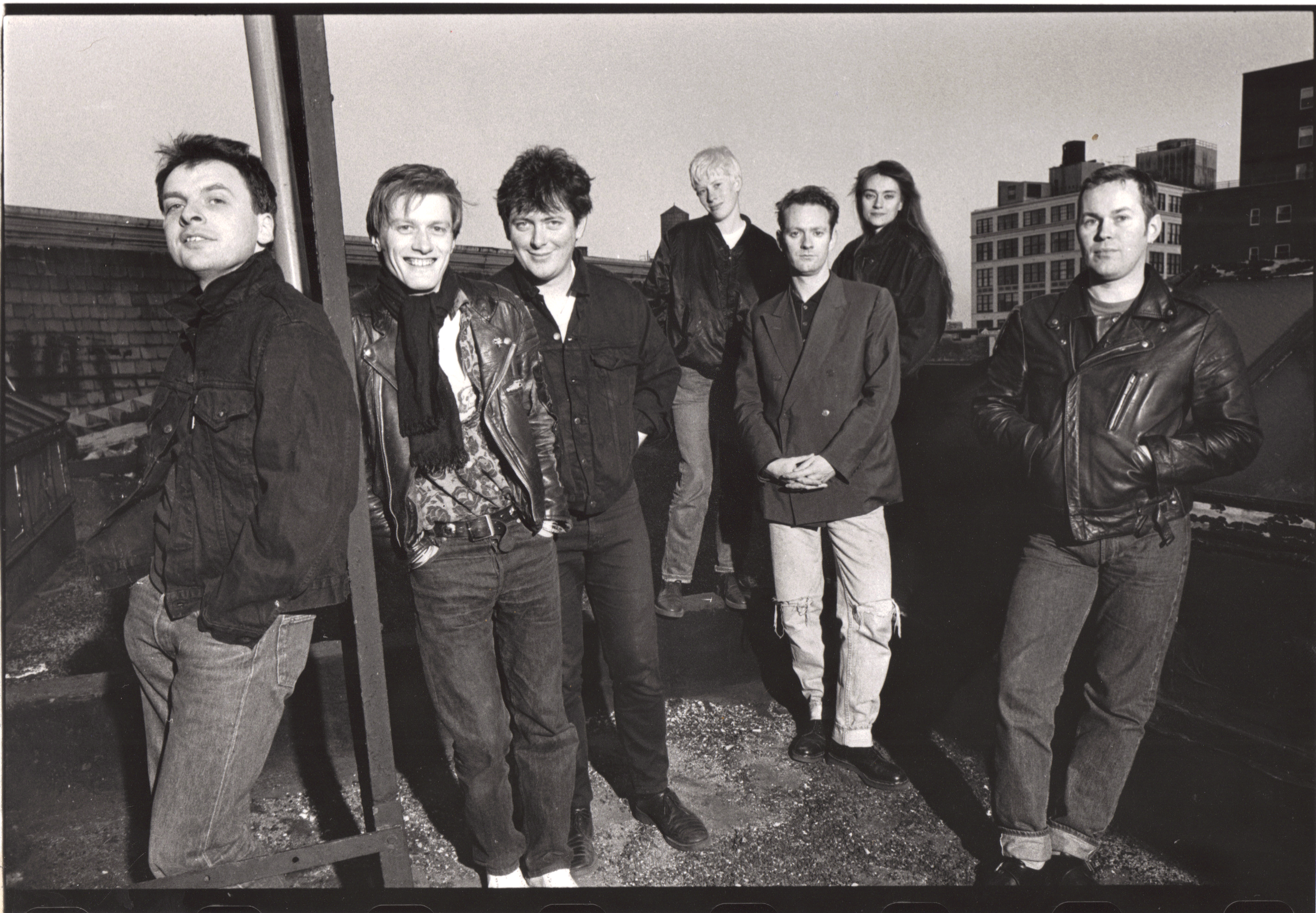 Revenge Of The Mekons

MEKONS is a community of musicians founded by left-wing art students from Leeds and now living in six cities on three continents. The film accompanies the band for four years and uses archive footage to trace their remarkable journey from dedicated punk dilettantes to no less rugged advocates of various country and folk traditions. Greil Marcus says: “The Mekons is the band that took the punk ideology most seriously”. Besides the music critic, writers Jonathan Franzen, musician Will Oldham, artist Vito Acconci and many more have their say.

Trailer “Revenge Of The Mekons” 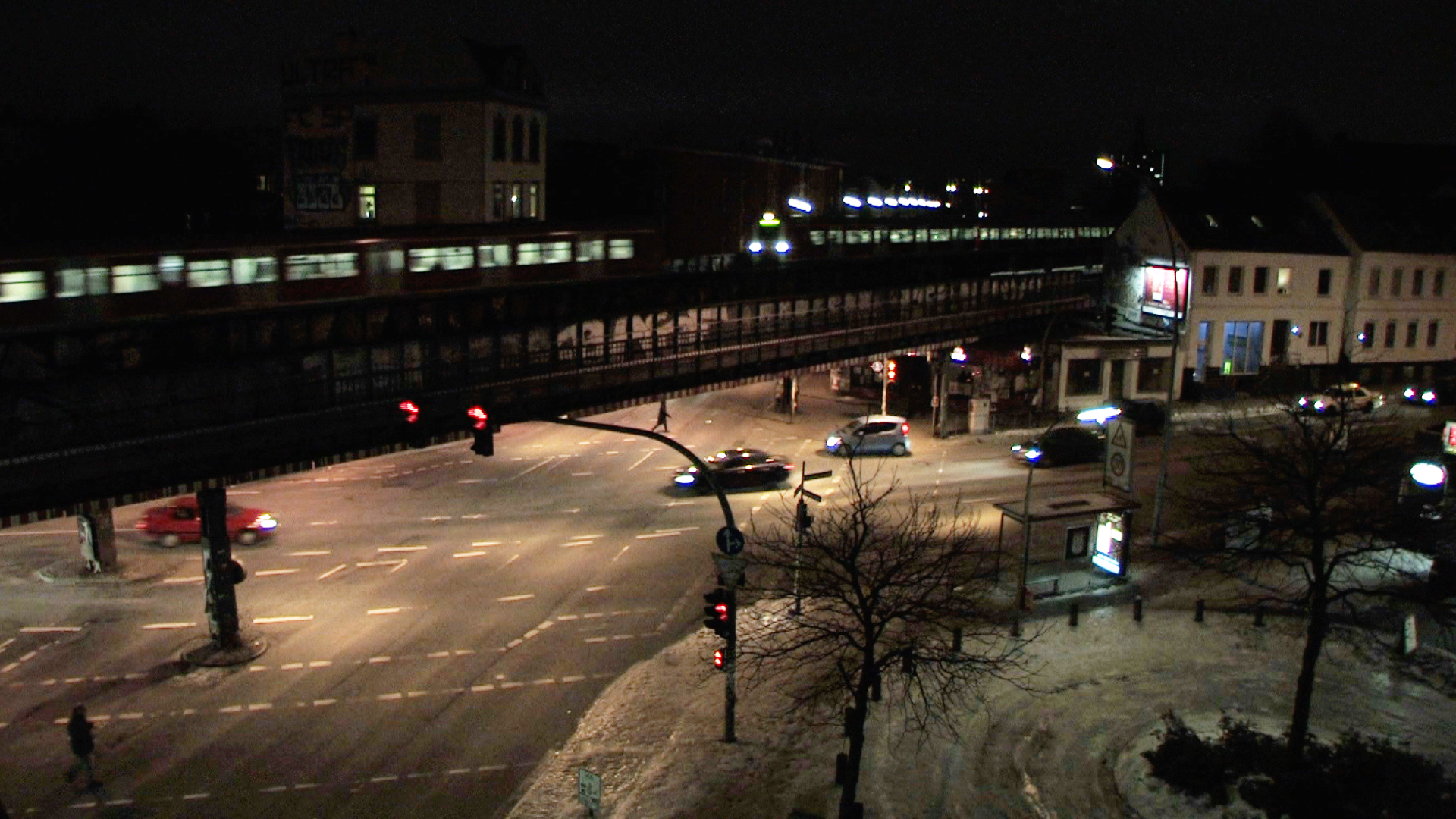 Home game. Long-term observation. The infamous Hamburg Sternbrücke. Three places for music in the city: the Astra Stube, the Fundbureau, the Waagenbau. 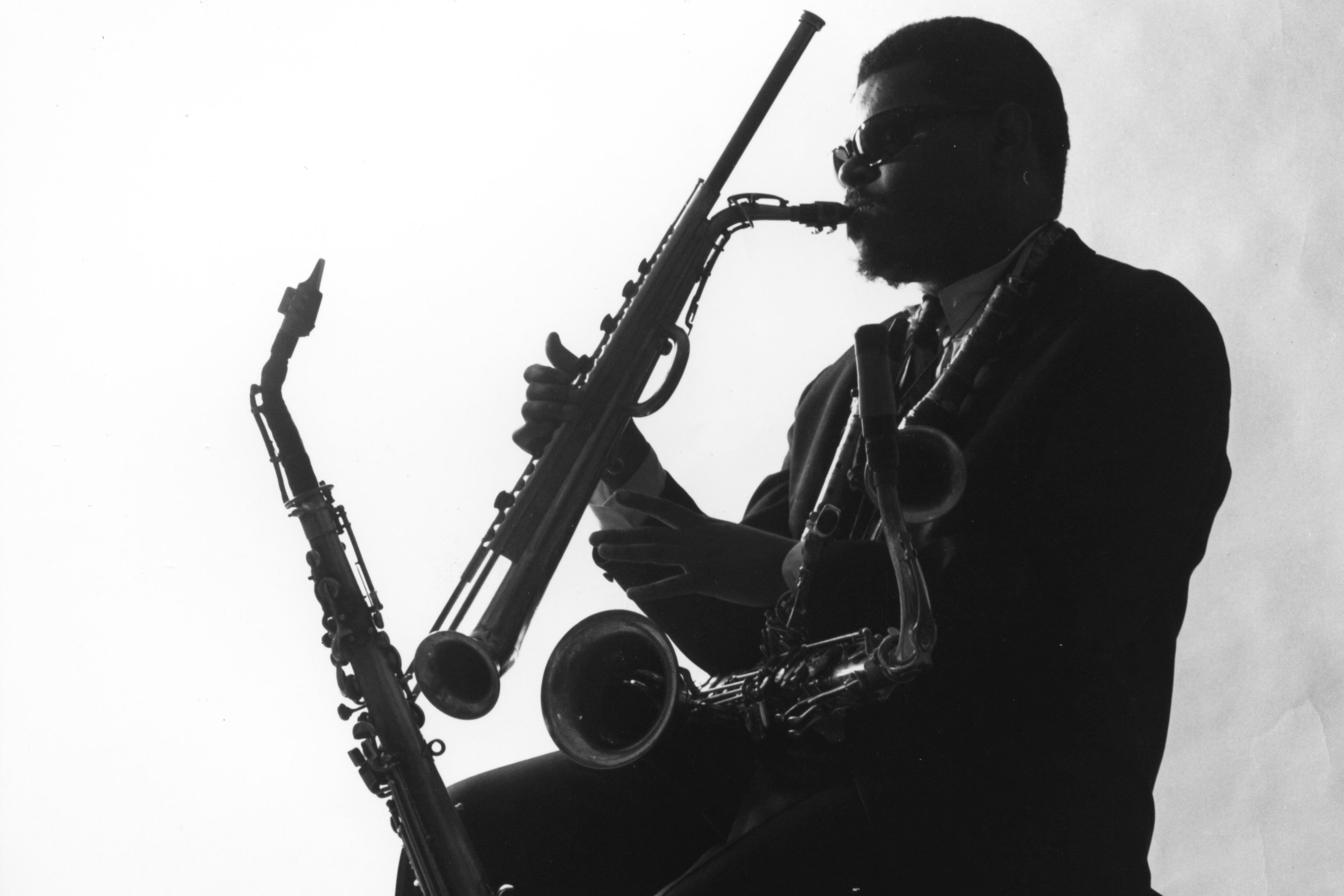 The Case Of The Three Sided Dream

Rahsaan Roland Kirk (1935-1977) was more than a blind musician, who could play three saxophones at the same time. He was an explorer and mediator of jazz, which he called Black Classical Music. Archive material, interviews and animation sequences are used to create a portrait of a man who was not kept from pursuing his “religion of dreams” even by a stroke.

Trailer “The Case Of The Three Sided Dream” 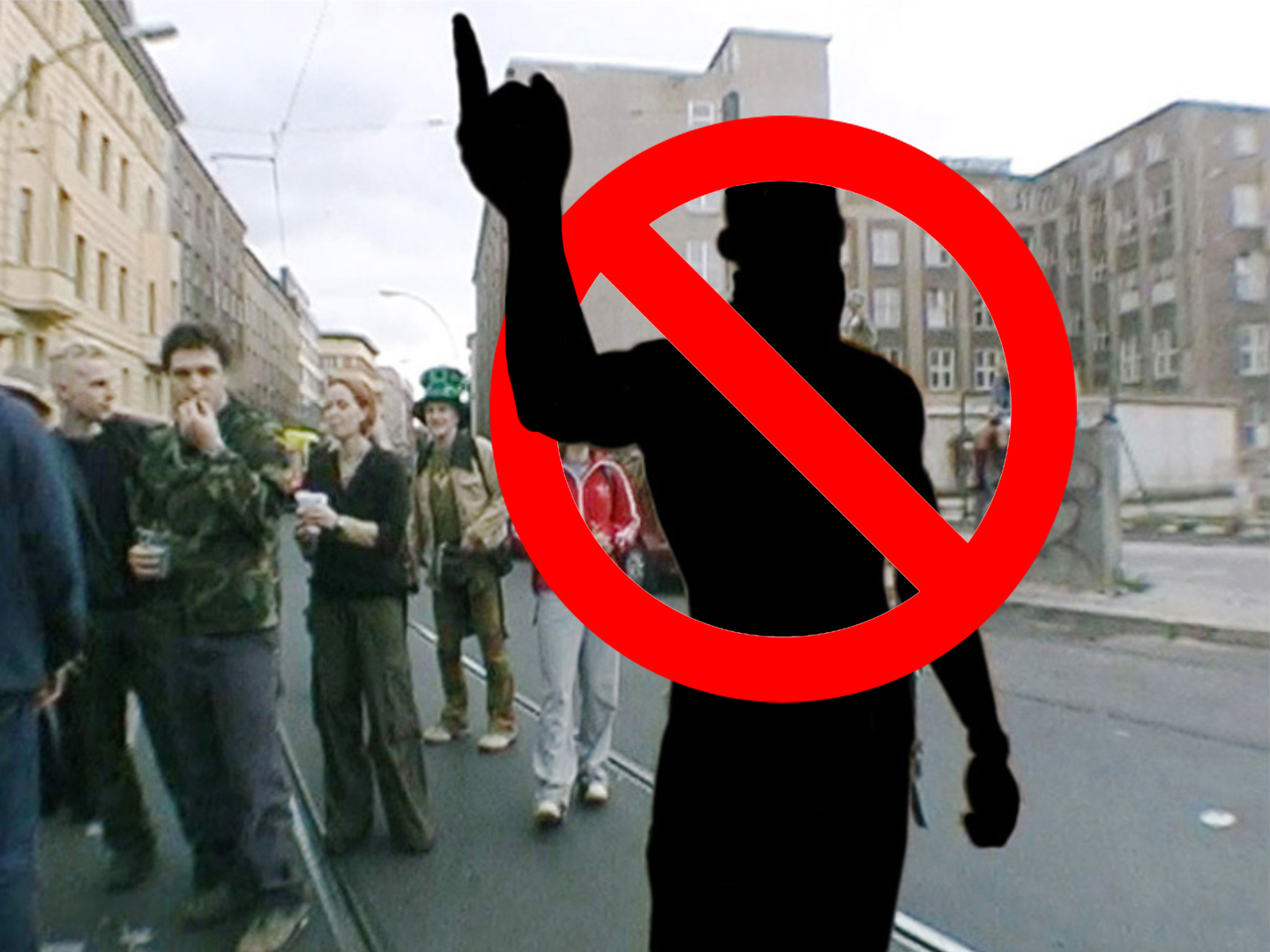 Fuckparade in 2000 against the sellout of techno by the Loveparade. An artist films half-naked dancers and creates an experimental film. Within 15 years, it develops into a viral video: A global Internet community collectively creates an art figure, and alongside countless references, thousands of audio-visual remixes are created. In between, the dancer realizes: he doesn’t want this. Court dates. Music can also trigger processes that change our understanding of what we regard to as public space or as private.

Trailer “The Story Of Technoviking” 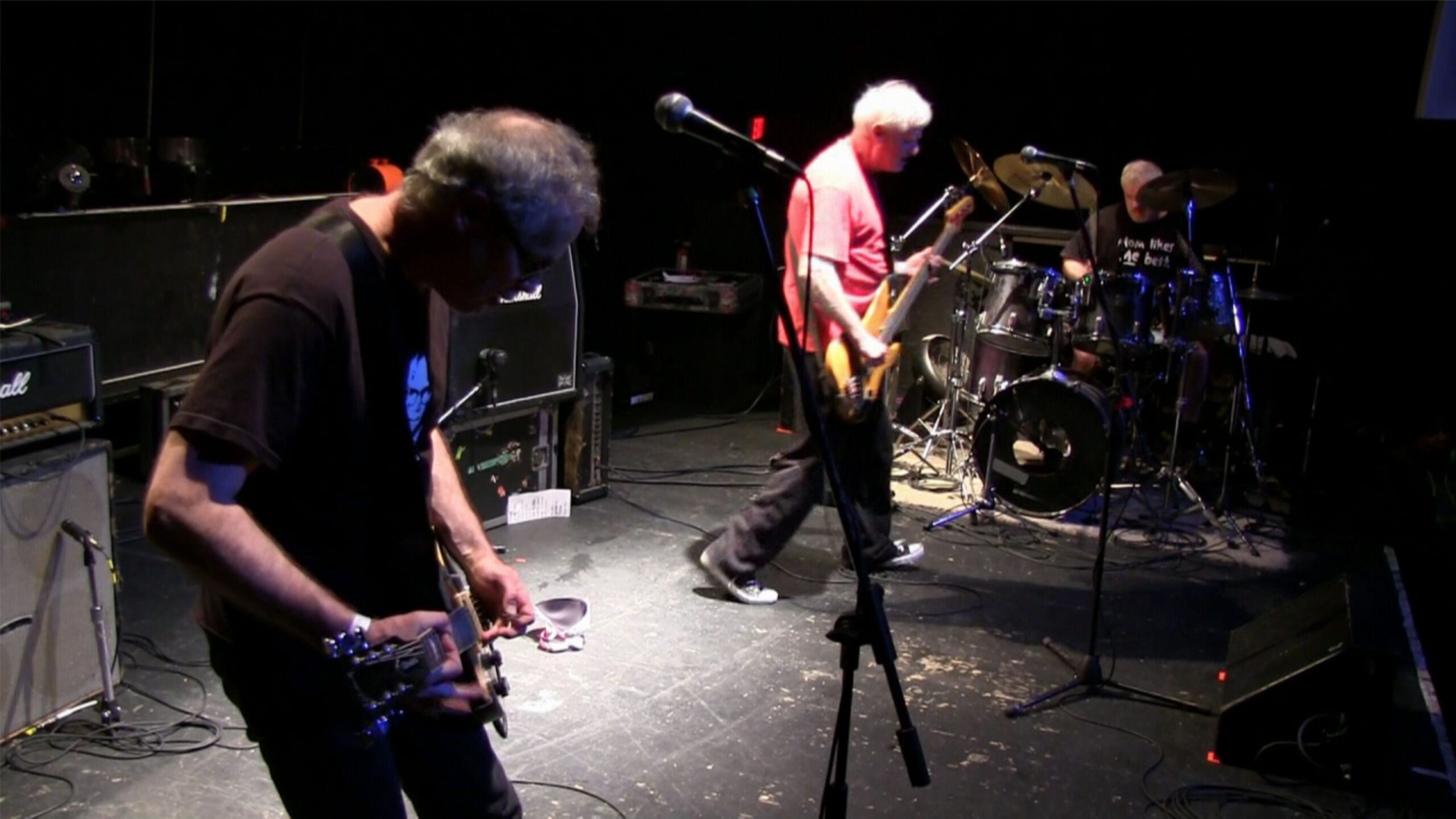 We Played At Squats

Trailer “We Played At Squats”