The UNERHÖRT!  jury has decided: Kathrin Kohlstedde, Klaus Maeck and Johannes Springer have selected the film UNDER THE UNDERGROUND by director Angela Christlieb as the best music documentary at UNERHÖRT! in 2019.

A special mention goes to the jury for the film SHAYNE by Stephan Geene. The prize, donated by Studio Hamburg Enterprises, is endowed with 1000 €. 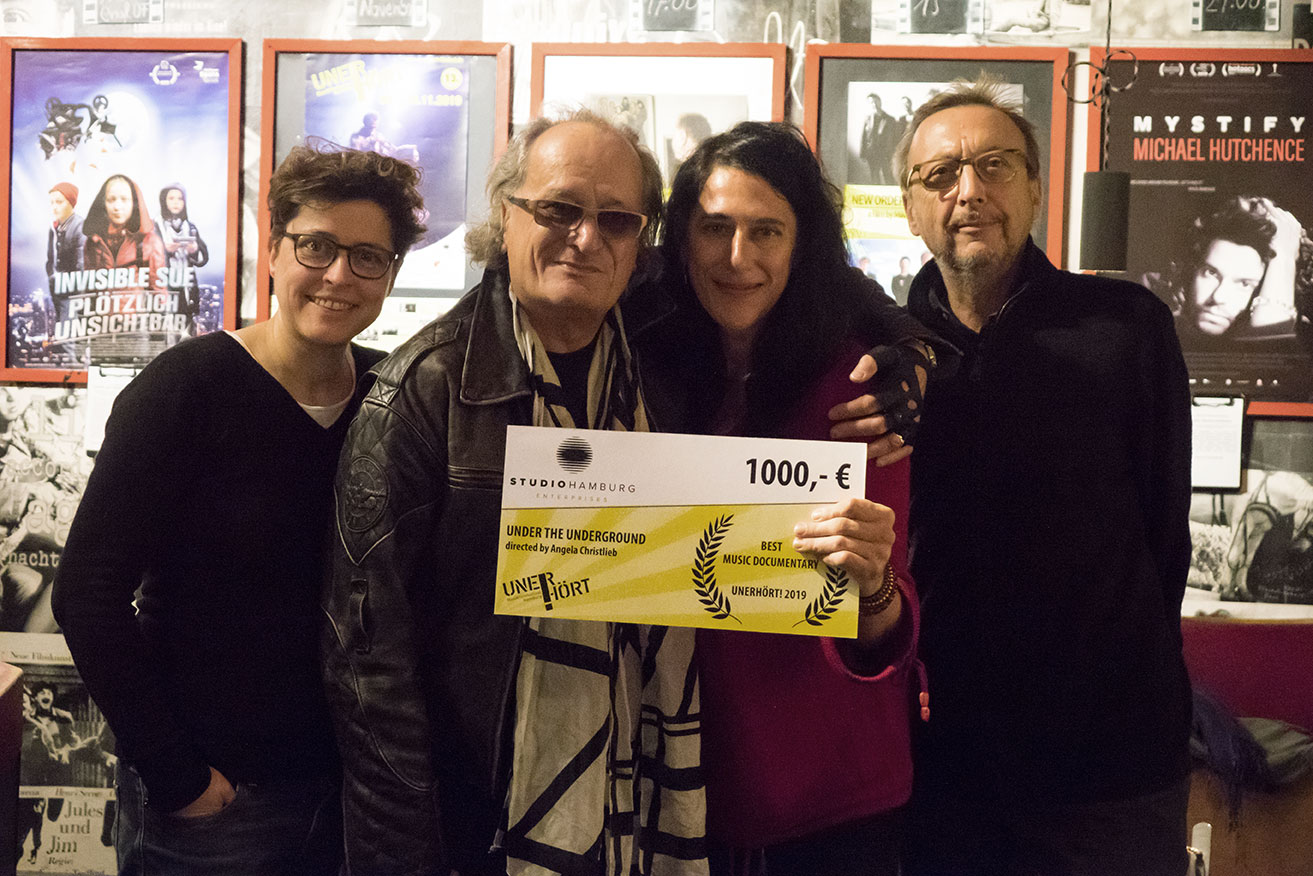 Angela Christlieb’s film is a magical approach to a literal underground in the centre of Vienna. One quickly feels drawn into this cellar cave, which serves as a rehearsal room, studio, office and laboratory and allows a wide variety of uses, not to mention the fact that it does not impose itself as a profit imperative. This cellar is populated by sound researchers, musicians and hobbyists whose charm lies in their willingness to experiment and openness. A breeding ground on which different genres and acts like “Voodoo Jürgens”, “Petra und der Wolf” or “Tankris” can thrive. The film very clearly points out the possibilities of music-documentary filmmaking that lie beyond the formatted and formulaic television documentary and teach listening, watching, patience, devotion and accuracy. Talking heads or external experts beyond the underground are not required for this film. “Under The Underground” intervenes not only in debates on questions of form in music documentation, but also on questions of urban development and displacement processes, and is a plea for the preservation of such important free spaces.

Episodically narrative, Stephan Geene approaches his object, the singer, fashion designer and artist Ricky Shayne, creating not only an intimate, open portrait of an enigmatic figure, but also an attempt at the genre of music documentary/biographical film. Questioning the conventions of the genre and self-reflecting problems such as witnessing, forgetting, refusal, narrative, but also financing problems and production conditions, this film tells not only of Ricky Shayne, but as a meta-film also of filmmaking itself. Beginning with a moment of fan identification at the beginning of so many narratives of popular culture, questions of fan- and startum, gender, culture industry, television are dealt with immensely personally and complexly. Functioning at various levels of abstraction, the film also evokes questions about highly topical motifs such as cosmopolitanism, nomadism, strangeness and biographical voltes, without fixing the personal complexity of its subject in political formulas. A film that deserves a great deal of influence, not least for the benefit of the music documentary film.