Black Sabbath – The End Of The End

Whether Ozzy Osbourne will eat his bats well-done and with a knife and fork in the future – instead of biting their live heads off on stage – remains to be seen. On 4 February 2017, in Birmingham, Black Sabbath played their last show and brought down the curtain on a career that spanned almost half a century. With genre-defining songs like “War Pigs”, “Paranoid”, and “Iron Man” they forged the sound of heavy metal and influenced bands all over the world.

Dick Carruthers’ concert film about Black Sabbath’s final black fair takes fans to the centre of the action – the staggering salvos of sound fired into the crowd, the ecstatic release of the Prince of Darkness’s falsetto-like vocals. And also provides an intimate look inside the world of Black Sabbath – a band that made history, a band that’s now part of history. 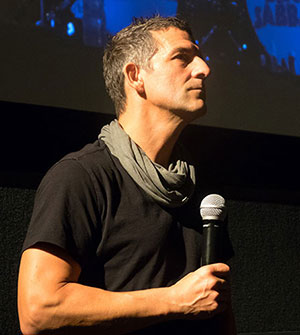 Trailer “Black Sabbath – The End Of The End”
(YouTube)