FANNY: THE RIGHT TO ROCK

Women in rock music – Fanny as a pioneer

“Revive Fanny. Then my work would be done.” – None other than David Bowie made that statement, and any number of fellow musicians lined up behind him as professional admirers of Fanny, one of the very early all-female rock bands and definitely the first to release an LP on an American major label (Fanny, 1970, on Reprise/Warner). Formed by Filipino-American sisters June and Jean Millington and other young women, Fanny released five critically acclaimed albums by 1975 and toured with famous bands (Slade, Jethro Tull, Chicago, and more). So they were an integral part of the rock scene of their time, and yet their role was written out of pop culture history by a white male, heteronormative music industry…. Until the band members reunited 50 years later over a new record deal.

The film offers really exciting archive footage – and the numerous interviews with the musicians themselves and their prominent colleagues give deep insights into the business – including amazing facts about the connection between monthly hygiene and drumming! 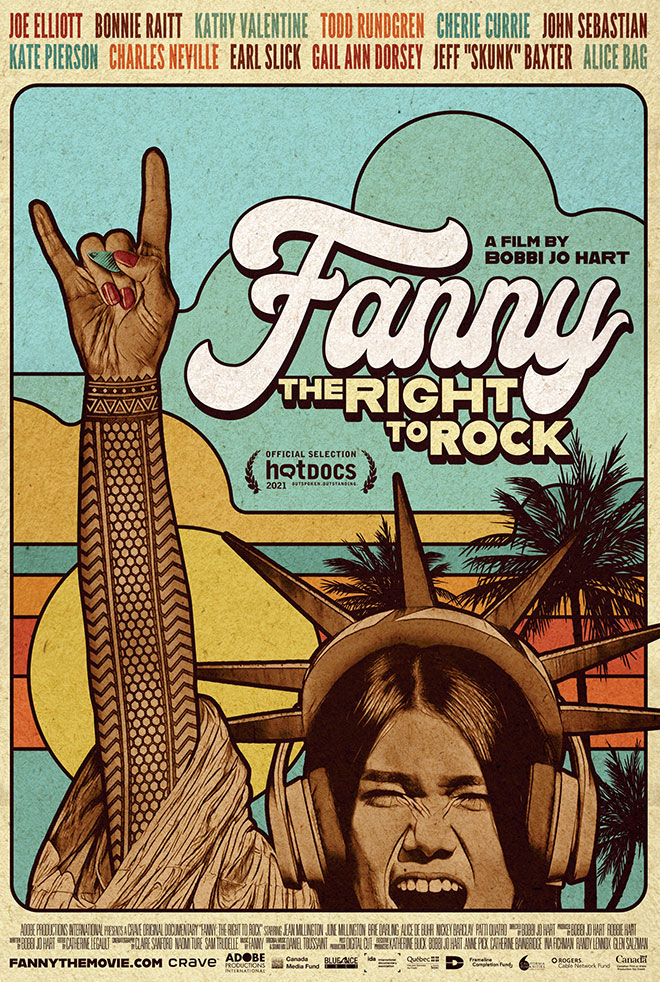 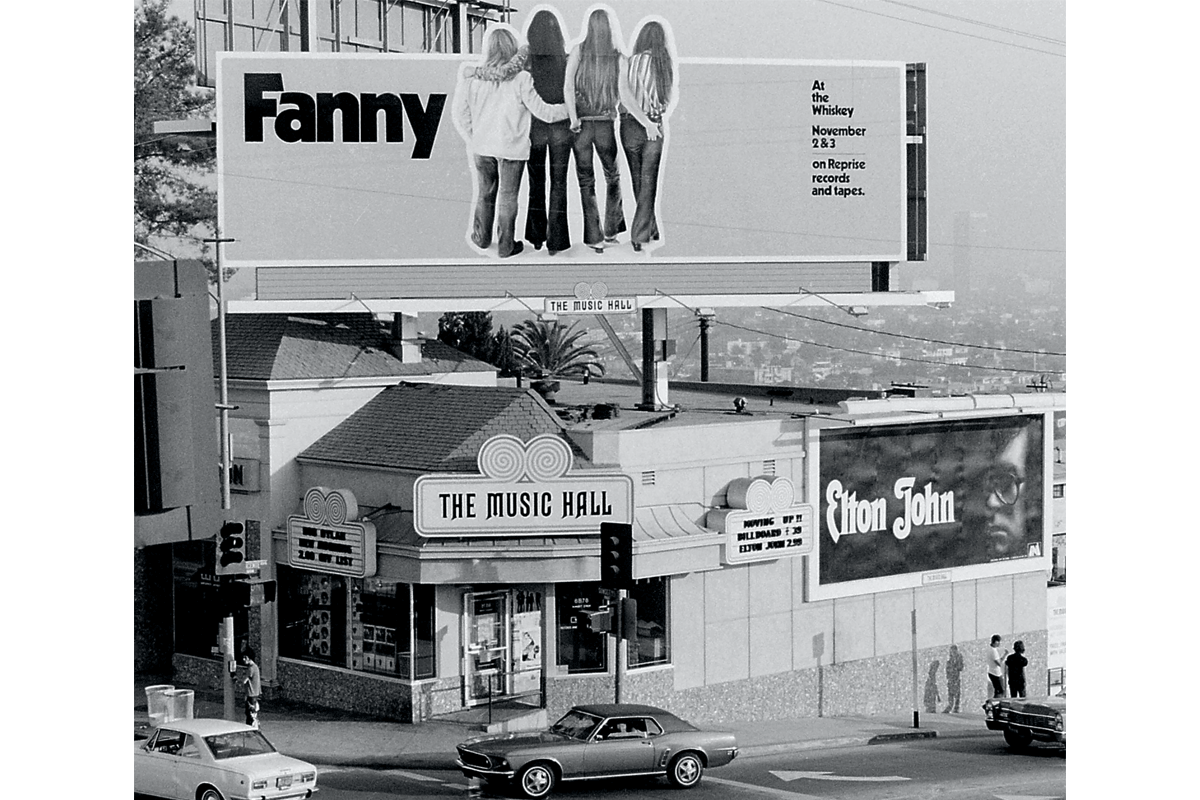 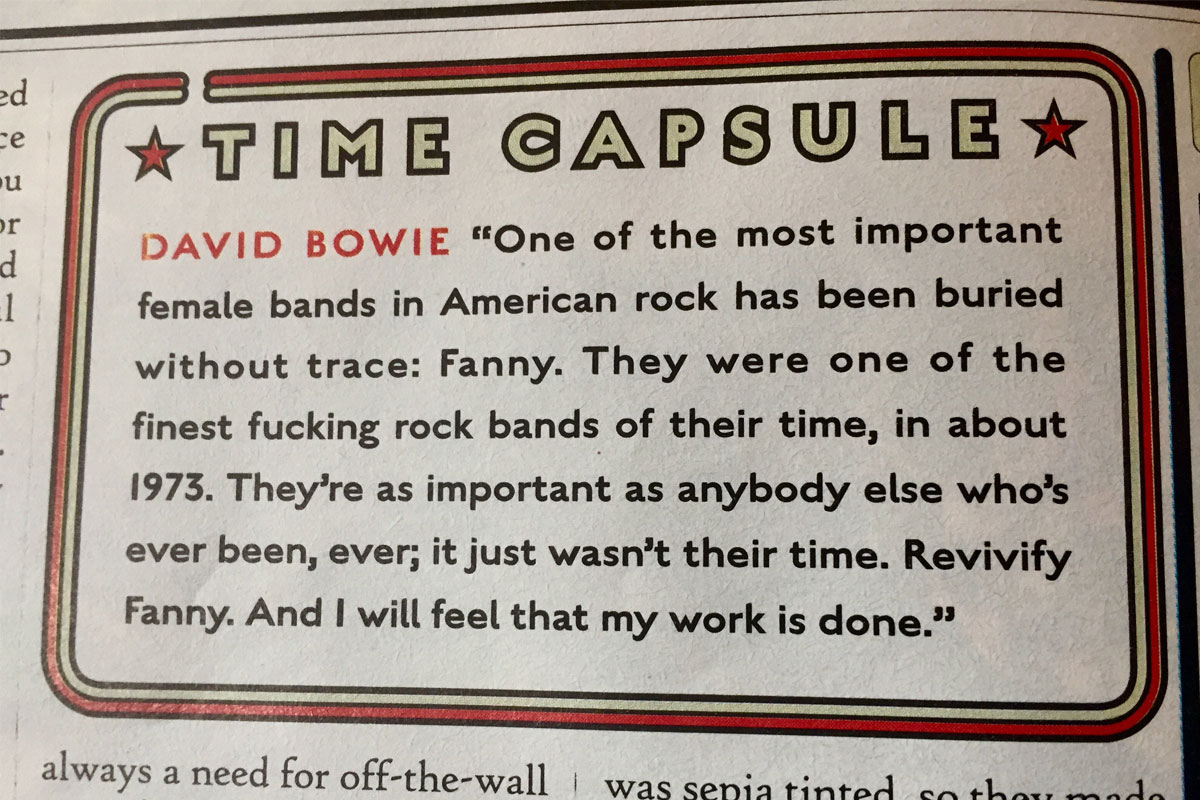