The film is named after an influential underground record store in eastern Paris. EPE existed for only six years, from 1988 to 1994, but because it was an experimental laboratory for experimental music, video and performance art, and poetry, it became an exemplary site for a post-punk avant-garde that is still influential today. With Die Form, Merzbow, Sister Iodine and many more! 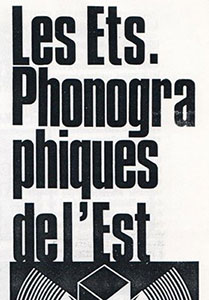