The history before, during and after Throbbing Gristle

BBC production about the biographies behind Throbbing Gristle, the band that invented Industrial, and which is seen here as only one part of a total work of art, which was about exploring borders into the realm of conventional gender identity. The journey leads from the UK province of Hulls in the early 1970s to London’s electronic experiments and radical body politics in NYC. With Cosey Fanny Tutti, Genesis P-Orridge (Rest in rebellion) and some more, as well as sounds from Throbbing Gristle, Psychic TV, Chris & Cosey, Coil. 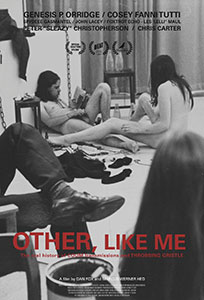