About Matt Deighton – and depression in the pop business

This film traces the development of Matt Deighton, a guitarist (Mother Earth, Oasis, Paul Weller, among others) who is highly regarded by the British music industry and at the same time a great unknown. At the heart of the documentary are observations made during the production of Deighton’s last solo album “Doubtless Dauntless”. We learn to understand how Deighton’s depression, which had made him disappear for almost 10 years, was both enemy and friend, and how the incessant fear of another dark day creates anxiety on the one hand, but also material for his own songs on the other. 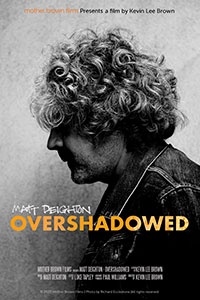