On the tracks of Alan Lomax in Trump Country

In 1959 the legendary music ethnologist Alan Lomax traveled together with the British folk singer Shirley Collins through the southern USA and made numerous field recordings of local musicians. Nearly 60 years later, the film sets out on a search for clues. The result is a consciously subjective mash-up of impressions, which in the film’s arrangement condenses into a kind of musical-audiovisual inventory of the prevailing conditions in the heartland of Trump Country, but with a view beyond the well-worn clichés. 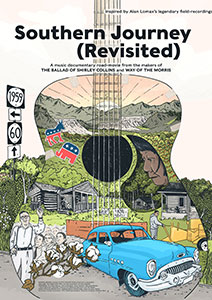 TRAILER
FILM TALK WITH ROB CURRY
Back
Music films 2020
Next