About the history of ROCK AGAINST RACISM

The film documents the history of the Rock Against Racism (RAR) initiative in England at the end of the 1970s. Developed in a small copy store in East London, it was a reaction to the immigration problem of the time, which was instrumentalized by the National Front, but also to racist statements by Eric Clapton. The film traces the development and images of the historic concert, which was prominently featured The Clash, whose famous song gives the film its title, Sham 69, the most famous skin-oi-punk band of the time, Steelpulse and the Tom Robinson Band, among others. It was one of the moments when music changed the world. What Woodstock was to the hippies, RAR was to the punk generation. 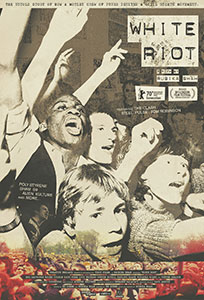