In search of freedom and happiness under the thumb of the strict political regime a colorful crowd of artists, musicians, freaks, vagabonds and other long-haired drop-outs created their own System in the Soviet Union. More than 40 years later, a group of eccentric hippies from Estonia take a road trip to Moscow where people still gather annually on the 1st of June to commemorate a tragic event in 1971, when thousands of hippies from the Soviet Union were arrested by the KGB. The film’s journey through time and dimensions goes deep into the psychedelic underground world in which these people strived for freedom.

Director Terje Toomistu states: “We are currently witnessing the rise of authoritarianism in areas of the world which we believed to be democratic and humane. Recent setbacks in the struggles for social justice and the occurrence of wars – also in Ukraine – increases the importance of provoking public discussion on the idea of non-violence and shedding light on the history of the pacifist movement in Eastern Europe and Russia. 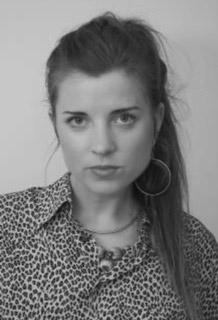 Director Toomistu: “We are currently witnessing the spread of authoritarian regimes in parts of the world that we considered democratic and humane. Setbacks in the struggle for social justice and wars like the one in Ukraine require us filmmakers to stimulate public discussion about the use of violence in conflicts. In this context, pointing out the history of the pacifist movement in Eastern Europe and Russia, as we do with our documentary film, means throwing light on a largely unnoticed strand of Eastern European history: on an immense creative potential that developed in the shadow of a totalitarian regime. It tells the story of an explosive underground that not only enriches our supposed knowledge of the Soviet era, but also our understanding of what we traditionally understand by ‘THE hippie culture’.

The film questions both: the functioning of power and a ‘politics of ecstasy’ as the basis for concepts of freedom and self-fulfilment. Is freedom a social category that is directed outwards and realized through visible protest and active engagement? Or is it rather an inner process, escapist and lonely, a spiritual path? If we think of the socio-political landscape of today’s Russia, such questions emerge frighteningly clearly again”.

Terje Toomistu (*1985) is an Estonian director and anthropologist. After a master’s degree in ethnology and media and communication sciences and a year at UC Berkely as a full-bright fellow in the academic year 2013-2014, she is currently doing her doctorate in anthropology at the University of Tartu/Estonia. She is currently a visiting researcher for anthropology at the University of Amsterdam. Terje Toomistu is regularly interested in cross-cultural processes, LGBT-living worlds and cultural memory processes in her projects. Together with the Estonian artist Kiwa, she curated a multimedia exhibition about hippies in the Soviet Union, which was shown internationally in several museums and galleries. Her film SOVIET HIPPIES – the original Estonian title refers to “Soviet flower bulbs”! – was broadcasted on Arte barely a year ago, but in a strongly shortened version of only 52 minutes.