Tony Conrad – Completely In The Present

He was a video artist, filmmaker, musician, composer, writer, and professor. He worked with Stockhausen, Sonic Youth, La Monte Young, and Faust. And he’s also responsible for the name of a band of no little significance in the history of 20th-century music: The Velvet Underground. Tony Conrad was one of the great avant-garde artists of our time – and yet in much of the world he remains shamefully unknown.

“Tony Conrad – Completely in the Present” makes palpable and accessible the overwhelming creative output of this multi-creative man, who died in 2016. Documentary filmmakers Tyler Hubby and Paul Williams shot footage of Conrad over the course of 22 years. What emerged is a work of art in its own right. Utilising private, familiar scenes of Conrad and his collaborators, archival material, interviews, and, not least, Conrad’s art, the film itself approaches artist Tony Conrad’s own playful radicalism. 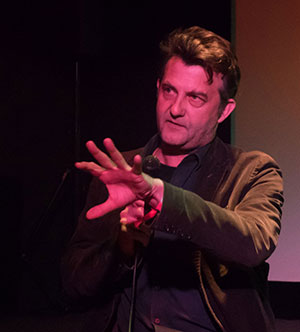