UNERHÖRT! has always felt a special connection to the Bonn-born and Hamburger-by-choice filmmaker. Most of the films the Direct Cinema pioneer for Germany shot about music and dance topics, were part of the UNERHÖRT! line-up at some point. It started right away with our first edition in 2007 with his portrayal of John Cage, and continued over the years with his films about Merce Cunningham, Jimmie Smith and Pina Bausch – his Q+A after the Cage film, the head bandaged, and accompanied by operator Rudolf Körösi, is still legendary in our small UNERHÖRT! world !

But Wildenhahn did not only show up in person for his own films. In 2013, he made himself available for the pilote of a project called “work in progress”. He shared his thoughts in front of an audience about two un-finished music films by two young filmmakers – and excelled with comments brilliantly balanced between genuine empathy, lucid criticism and suggestions which were not trying to re-invent the projects. One year later, when we screened Harun Farocki’s only music related film SINGLE – EINE SCHALLPLATTE WIRD PRODUZIERT (7″ – a record is being produced), on the occasion of the latter’s decease, Wildenhahn dropped by at the theatre and drank a beer with us. 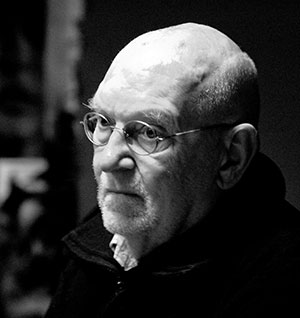 One piece of work was missing in what otherwise would have been a small, but complete retrospective of Wildenhahn’s musical films in the framework of UNERHÖRT!: his two linked films about Tango. Each year, we postponed to screen them, looking for other, more recent films about this specific genre, as it is our ambition to make the films of each of our programs communicate with one another. We spent too much time on that. Now, we are showing these films without such connections – and, more sadly, without Klaus Wildenhahn. This is now meant to be a modest cinematic mourning ceremony.